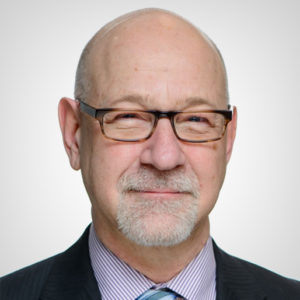 I was born and raised in Winnipeg, where I received an arts degree in 1980 from the University of Winnipeg, and a law degree from the University of Manitoba in 1984. I was called to the Manitoba Bar in 1985 and articled with Aikins MacAulay & Thorvaldson. I was then in private practice from 1985 to 1993 when I joined the law department of The Great-West Life Assurance Company (GWL) where I was responsible for the management and supervision of Canadian operations of the litigation unit. In 2001, I joined Campbell Marr LLP focusing on defence insurance litigation, including life and disability insurance, as well as construction litigation, estate litigation and other general litigation matters.

In 2017, I, with David I. Marr and Michael Finlayson formed a boutique litigation firm – Marr Finlayson Pollock LLP.  In January 2019, Peter Halamandaris joined the partnership.

Need a Hand Up?

Dealing with insurance companies can seem overwhelming. Let me take on the stress of dealing with your insurance case or appeal.
Contact Joey Pollock